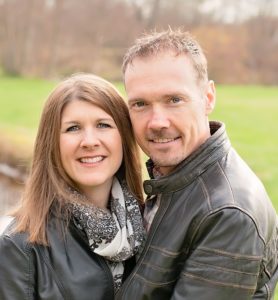 Pathways began over a decade ago as a lifestyle choice Russell made that allowed him to spend more time with his young children. As with many young families, Russell was working on his career which had become filled with more and more deadlines and travel. Although this was great for his career, it was less great for the relationship with his sons. Through a year of contemplation and planning, Russell (against all semblance of sanity) decided to open a group daycare; and what a great choice it turned out to be.

During the planning and development of the daycare, Russell took the basic core principles that he wanted for his children and integrated it into the fabric that would become Pathways. In doing so, he was able to create an environment where children feel welcomed, nurtured and valued. Russell worked in the daycare for over 8 years and has instilled these principles into daily practice.

Today, Russell and Christine are more behind the scenes at Pathways. Russell has gone back to construction and is a general contractor in the Valley. He still oversees staffing, policies, and public relations at Pathways. Christine has returned to her practice as a Registered Massage Therapist, but still looks after administrative tasks for Pathways. She still “pops” in and out to do little tasks in the office, talking with staff and saying “hi” to the children.